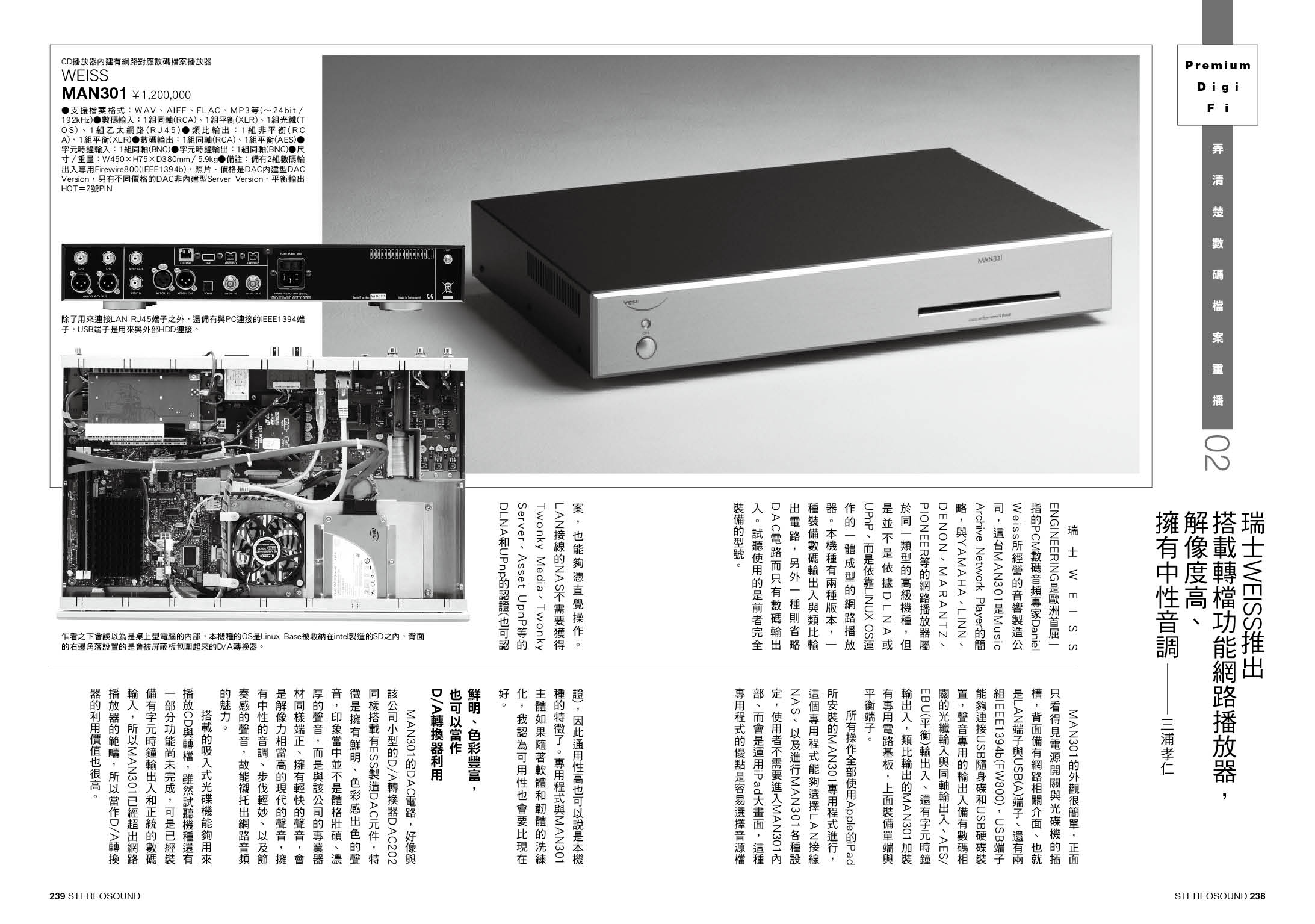 Thank you Stereo Sound and Miura San for the great review. MAN301 is a dedicated Music Server, which does not require Twonky Media, Server, Asset UPnP sort of DLNA and UPnP. Everything is controlled by a Weiss MAN iPad app. Features can be real upgradable like an app on and OS platform.

The MAN301 DAC section is superior than our own DAC202. Technical reason behind is DAC202 has separated independent output for main output and headphone output. Since MAN301 has no headphone connection, the DAC core is fully used for the XLR/RCA audio output. Moreover, as reported by almost all users and some computer audio experts, the computer section software (OS) is created by Weiss team based on Linux OS, outcome is superior too.