The most world expansive CD 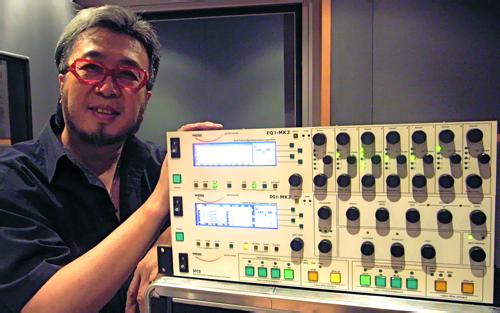 I have video taped Kent mastering demonstrates the Weiss EQ1-Mk2 and DS1-Mk2 for future reference usage. I found out the transparency of the equalization has never been strong. M/S EQ is a whole new topic to me. The control and depth of the tuning is like a surgery in audio mixes. I’m very impressed with sound quality of this combo and Kent demonstration.”

On September 30, 2007
Chris sent us an email – “The Weiss saved my life yesterday because the “Solo” violin recorded in BJ had a very heavy Air Conditioning Sound! Thanks to a bad engineer in BJ and so I thought I had to re record the violin, but finally I asked A Cheung to use the Weiss EQ …and then Magic….he took out the air condition sound! Just like that? Great! “